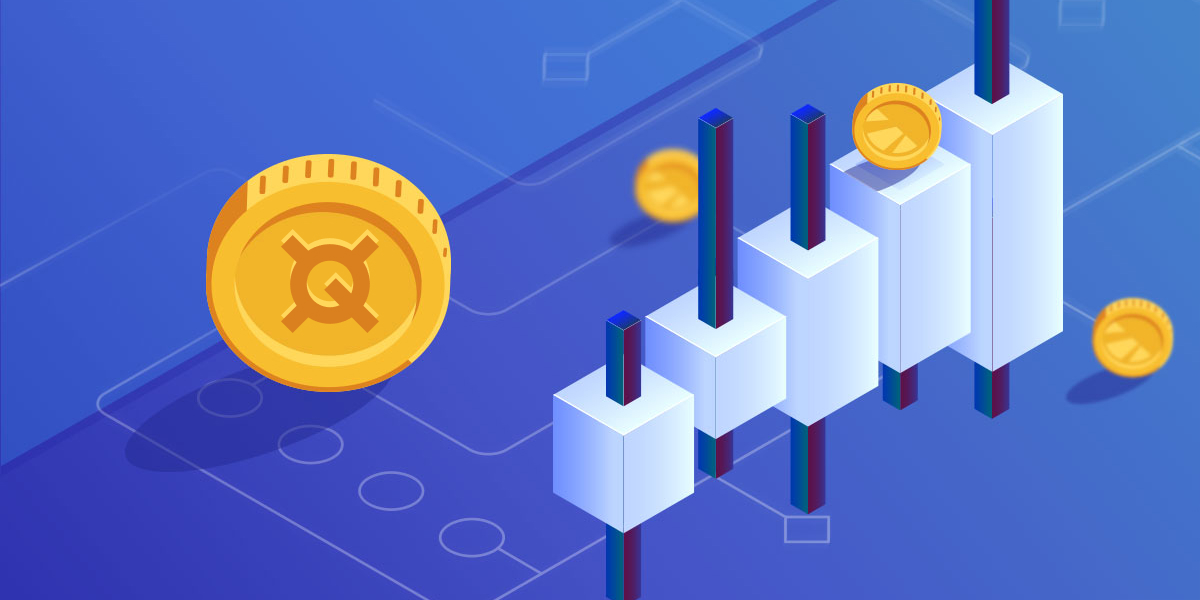 Quantstamp is an Etherium-based blockchain aiming to improve and decentralize smart contracts auditing process. They are backed by Y-Combinator and aim to create a smooth-running and effective system for smart contract audits on Etherium. Here, developers can submit their code for the review, pay for the audit, and get it from the platform’s validators for a bounty of QSP crypto.

After a series of controversies, Quanstamp prices began to fall, and we believe that these turbulent times require a price prediction on QSP.

Quantstamp Inc. was founded by Richard Ma, its current CEO, and Steven Stewart, a CTO, back in 2017, as a company that will handle smart contracts audits. Both of them closely worked with IT and fintech, with Ma being a software engineer at Tower Software, while Stewart was a founder of Many Trees Inc. startup.

Quantstamp provides a new security protocol that will significantly speed up the verification process, which is sorely needed. Why is it so? Well, as it happens, blockchains are growing rapidly, but to verify their reliability, you need to audit them. Usually, it is done by hiring programmers to check the code. However, the number of auditors is significantly less than the demand for their services, and the work process is slow. This leads us to Quantstamp and its bounty-based audit protocol.

Quantstamp relies on social outreach and communal solidarity, so they use a Proof-of-Caring scheme to encourage validators to further help out fellow users and/or spread the word about the platform.

Quantstamp is facing a hard time getting on board with other crypto coins. QSP has fallen by almost 1.58% in the last 7 days. With concerns about the associated risks intensifying in the past few days, we don’t think the coin would be a profitable asset in the short term, even though it might have strong fundamentals.

During the last month, the price of QSP has increased by 33.29%, adding a colossal average amount of $0.01 to its current value. This sudden growth means that the coin can become a solid asset now if it continues to grow.

Cryptocurrency experts are ready to announce their forecast for the QSP price in February 2023. The minimum trading cost might be $0.0169983, while the maximum might reach $0.0179982 during this month. On average, it is expected that the value of Quantstamp might be around $0.0179982.

QSP Price Forecast for May 2023

Cryptocurrency experts are ready to announce their forecast for the QSP price in December 2023. The minimum trading cost might be $0.0229977, while the maximum might reach $0.0269973 during this month. On average, it is expected that the value of Quantstamp might be around $0.0239976.

Based on the technical analysis by cryptocurrency experts regarding the prices of Quantstamp, in 2025, QSP is expected to have the following minimum and maximum prices: about $0.0469953 and $0.0569943, respectively. The average expected trading cost is $0.0479952.

The experts in the field of cryptocurrency have analyzed the prices of Quantstamp and their fluctuations during the previous years. It is assumed that in 2026, the minimum QSP price might drop to $0.0669933, while its maximum can reach $0.079992. On average, the trading cost will be around $0.069993.

Crypto experts are constantly analyzing the fluctuations of Quantstamp. Based on their predictions, the estimated average QSP price will be around $0.139986. It might drop to a minimum of $0.139986, but it still might reach $0.159984 throughout 2028.

Cryptocurrency analysts are ready to announce their estimations of the Quantstamp’s price. The year 2030 will be determined by the maximum QSP price of $0.329967. However, its rate might drop to around $0.279972. So, the expected average trading price is $0.289971.

Cryptocurrency analysts are ready to announce their estimations of the Quantstamp’s price. The year 2032 will be determined by the maximum QSP price of $0.679932. However, its rate might drop to around $0.559944. So, the expected average trading price is $0.569943.

Is Chiliz a good investment?

The forecast for Chiliz price is quite positive. It is expected that CHZ price might meet a bull trend in the nearest future. We kindly remind you to always do your own research before investing in any asset.

It seems that the average price of Chiliz might reach {AveragePrice2022} in the end of the year. In five-year plan perspective, the cryptocurrency could probably rise up to $0.929907. Due to price fluctuations on the market, please always do your research before invest money in any project, network, asset, etc.

Chiliz network is developing rapidly. CHZ price forecast for 2025 is rather positive. The CHZ average price is expected to reach minimum and maximum prices of $0.39996 and $0.479952 respectively.

CHZ is provided with suitable environment to reach new heights in terms of price. CHZ price prediction is quite positive. Business analysts predict that CHZ might reach the maximum price of $3.37 by 2030. Please take into account that none of the data provided above is neither fundamental analysis nor investment advice. None of the information provided is