Way to the Moon: MyEtherWallet reinvents its platform with Changelly onboard 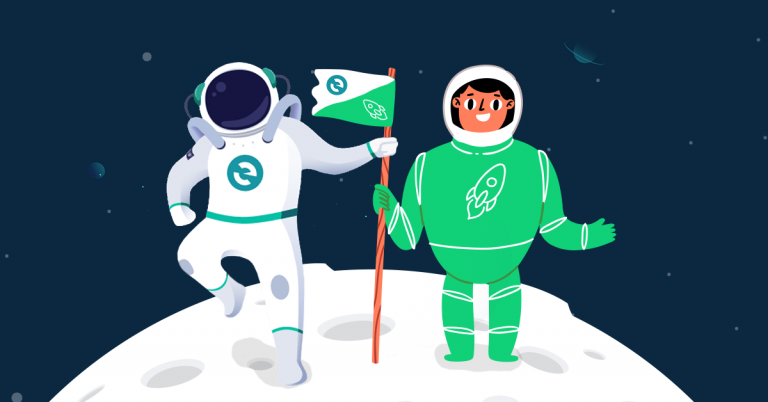 To kick off 2019, we at Changelly are happy to announce our partnership with one of blockchain technology’s pioneers – MyEtherWallet (MEW). As part of this collaboration, Changelly’s multi-swap functionality is now included in MEW’s newly reinvented wallet interface named “MEW V5”.

Since its launch, MEW has evolved from a geek-oriented platform to the go-to brand known for being an intuitive portal for both Ethereum beginners and natives.

MEW V5 marks yet another phase of growth for the wallet and now empowers users with four options to access their wallets – hardware, software, MEWconnect or MetaMask.

The new user interface also includes a refreshed swap page which has been designed to be a cryptocurrency marketplace where users can not only exchange their crypto-assets but also choose the best rate when making a purchase.

Your Data – Your Responsibility

MEW V5 is a trustless interface that empowers crypto-users to be totally in complete control of their assets. No data leaves a user’s computer or browser when interacting with MEW and funds are never held by the platform.

This means that MEW users are responsible for their private keys and passwords.

“The newly unveiled MEW V5 builds on our project’s ongoing focus to empower users with an easy-to-use interface for the Ethereum blockchain that does not compromise on security and anonymity. We are excited to partner with Changelly to further this goal by integrating their multi-swap function into our platform.”

“Ultimately, greater collaboration between blockchain market leaders is pivotal if we are to truly bring cryptocurrency to the mainstream world. Our integration into MEW V5 moves us one step closer to this and enables users to seamlessly exchange their tokens in just a few minutes.”

MEW (MyEtherWallet) is the world’s original Ethereum wallet interface, which is free, open-source and secure. MEW empowers its users to interact directly with the blockchain while remaining in full control of their keys and funds. For more information, visit: https://myetherwallet.com

Changelly is a non-custodial instant cryptocurrency exchange, which acts as an intermediary between crypto exchanges and users, offering access to 130+ cryptocurrencies. The company mission is making the exchange process effortless for everyone who wants to invest in cryptocurrency. Changelly offers its API and a customizable payment widget to any crypto service that wishes to broaden its audience and implement new exchange options.