The Crypto Market and The Internet Bubble: A Reconnaissance 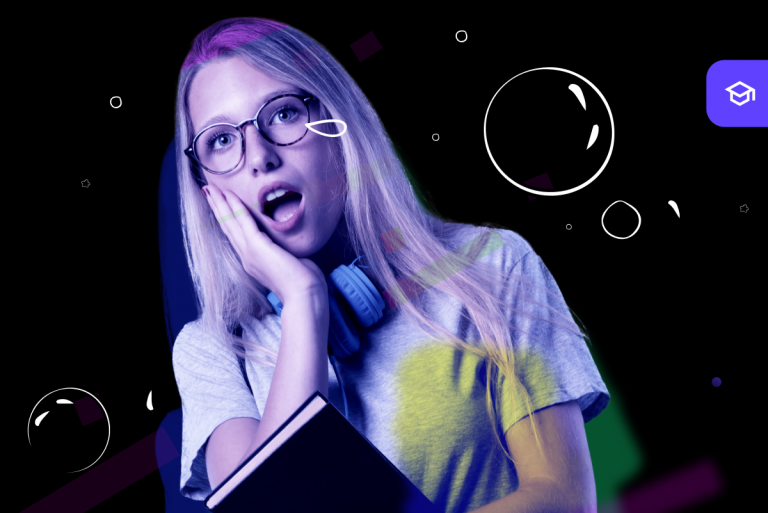 The revolutionary technologies squiring the past centuries have led to the massive replacement of one set of technology(ies) after another,  by either outright substitution or modernization of existing processes and methodologies. The accompanying habit (as well as culture–) breaking hurricane of deeply entrenched orthodoxies in economies have precipitated explosive phenomenon in the financial markets. Similarly, in a bid to expand the new technology infrastructure– creating new as well as modernizing established industries, financial capital is moved about in a frenzy of money-making-money with speculative investments and unabated euphoria, and this gives rise to inflation of assets as well as a  gambling atmosphere within an ever-expanding bubble. These (market) bubbles however have been a fascinating and puzzling phenomenon for both academics, financial analysts, investors, and stock market traders as a result of their repetitive re-occurrence (and nature) in the financial markets.

Nevertheless, we are once again at the crossroads where guiding criteria is solely needed especially in the highly-volatile Cryptocurrency market. However, cursorily flipping through historical bubbles would quickly assert and pinpoint the tech-stock market collapse of the 2000s as one of the market crashes with the most comparable and irresistible likeness to the financial contingencies of the Crypto market, hence a need to explore this dyad of the economic quagmire. If we overlook or fail to bewray the homogeneity as well as the heterogeneity of this duo, how can we even pretend to understand the language of financial markets Or stay calm amidst panic-inducing conditions and even (begin to) strategize to play for the long-term?  In essence, comprehending the underlying resemblances between these dyadic revolutionary economic scenarios will help synthesize insights and complementary perspectives to guide positive action towards constructing the next “golden age”, while maximizing the accompanying social benefits in core national economies as well as globally in the post-covid era.

However, in the context of this essay, our argument for the cryptocurrency market would rely solely on Bitcoin – since it is the most widely known and widespread cryptocurrency (as clearly demonstrated by its decade-long dominating position) with its price having causality effects on alternative cryptocurrencies (or altcoins). Besides, most other cryptocurrencies are either clones, variations, or forks of the Bitcoin blockchain and coupled with its high-ranking trading volume, desirable liquidity, and hence supplies an enabling secondary market for other cryptocurrencies and the overall ecosystem to thrive. Hence we will systemically analyze the similarities and peculiarities of these two markets and educe what makes Bitcoin (and its blockchain technology) intricate and interesting as well as categorically – a remarkably radical technology.

Although they happened at two different periods in history– the dotcom bubble belimping in the late 1990s with the rapid rise in the value of  NASDAQ stocks and the present highly volatile price of cryptocurrencies,  both market scenarios were driven by a new vision and idea that has been genealogically linked with to various techno-libertarian and egalitarian (in addition to cypherpunk) ideals within the vicinities of privacy, autonomy, and decentralization. While the   “Dot.Com” era had people excited about the information society – a liberalized system where information can easily be accessed from anywhere around the globe, Bitcoin had the triadic concepts of trust, transparency and distributed systems (DLTs) create a belief in and euphoria for the promises of a  technological-alternative to central bank policies and the inefficiencies of centralized modes of organization with the prospects of the blockchain technology.

Moreover, the patterns of both cycles have also been identified to be mirror images of each other (see Figure 1)  despite  Bitcoin’s observed 15x faster growth rate. As if that wasn’t enough, for both markets, money – particularly financial capital from investors was a succedent – accompanying these ideas and visions.

These investments, driven essentially by the trio of speculations, FOMO, and the herd mentality resulted in the close similitude between the ICO (Initial Coin Offerings) and IPO(initial public offering) crazes and “irrational exuberances” of both eras. The resulting speculative adoption and investments gave rise to a plethora of debates, of utmost importance to value-investors is that of its intrinsic value. This is where the disparity between the two markets begins to emerge.

In the financial context of intrinsic value, the cryptocurrency bubble and tech-stocks collapse of the 2000s are observably different. The Internet companies were hell-bent on building market share as fast as possible, focusing drastically on marketing and advertising/commercials (this however also facilitated in its diffusion and speculative investment) but with no backup and underlying sustainable business model. Hence investments into the technology-based stocks (NASDAQ) were driven solely by speculations and future hopes for profitability resulting in asset valuations with no supporting intrinsic value. Conversely, though there have been doubts about Bitcoin’s intrinsic value, one glaringly outstanding is its censorship-resistant property. Bitcoin provides autonomy to store wealth in such a way that it can’t arbitrarily be seized by the government or external authorities, thus is innately un-confiscatable. 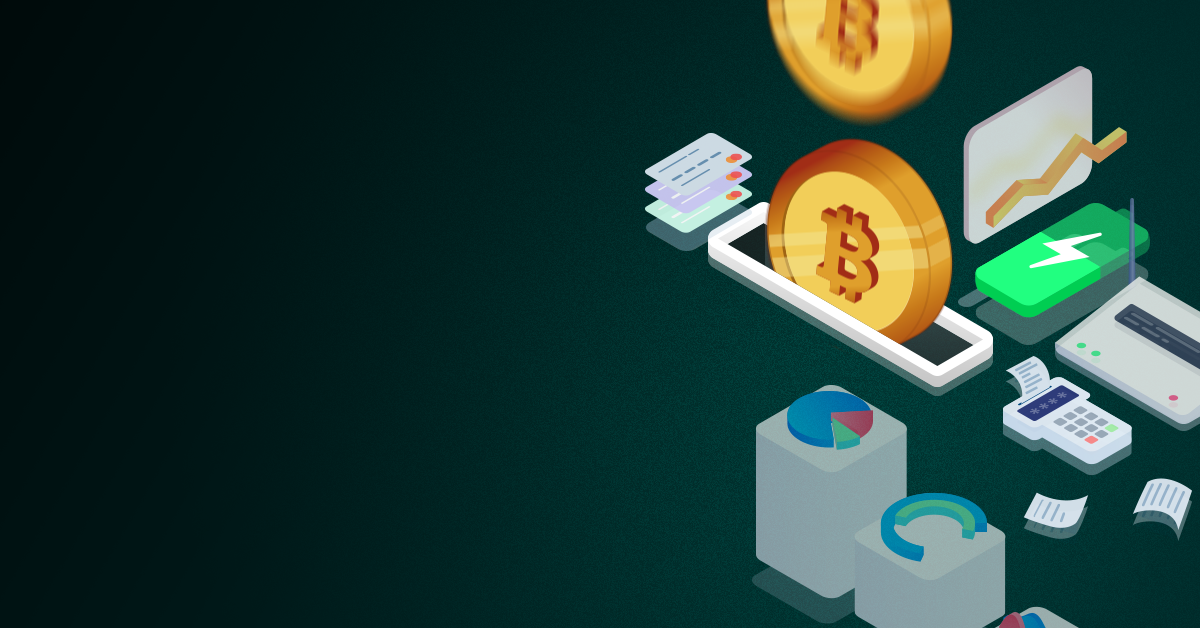 Regardless, here is a more interesting and intricate thing about Bitcoin: driving the dotcom bubble was the euphoria that accompanied the rise of the internet, conversely, it is Bitcoin’s blockchain technology and of more prominence, the tri-features of hypes (and the intermittent price fluctuations), the innately hard-coded halving-cycle as well as its singularity property that drives (and is still driving) its diffusion and mass adoption. As such, we can definitely say Nakamoto Satoshi, the pseudonymous Bitcoin programmer literally encoded an intrinsic ideology into the base layer of the protocol which has heavily catalyzed the (early and continuous) proselytization (as well as adoption) of Bitcoin over the past decade and even till date. This has gone ahead to stimulate various ideological views and beliefs like the popular believers in Hyperbitcoinization.

Furthermore, in the days of the dotcom bubble, IPOs were a kind of corporate “bar mitzvah” for startups/internet companies(with series of prior preparation with different documents) and investors make investments to own shares of these companies. Today in ICOs, investors buy tokens with no right to ownership as opposed to the stocks of the dotcom bubble. Besides stocks of the internet companies were mainly sold (in addition to headquartered) particularly in North America with limitations to who can participate.

Sharply in contrast, with the decentralized and free-access nature of ICOs(as well as its short preparation duration), anyone around the globe can invest, in essence, encouraging transactions that transcend national and jurisdictional boundaries, fostering a libertarian and democratized approach to investment, hence its massive appeal to the people. Just with a genius idea and a clarifying white paper supporting it, and with a thousand millionaires and investors willingly affirming to this idea with say $10000 of their funds – this idea is already on its way to fruition. (However, the unregulated nature of these ICOs has led to the proliferation of scams).

In conclusion, the relationship between dotcom and the crypto bubble is evidently, a remarkable one. While many internet companies failed in the days of dotcom, they however were instrumental as they paved way for the sprouting of the successful internet firms of today (like our all-powerful Google). This inevitably might materialize for the blockchain tech and the Bitcoin market. And with economies now beginning to adopt and legitimize Cryptocurrencies ( in unison with network effects for group-forming networks) and its subsequent wide application in various sectors, the $5trillion market capitalization of the dotcom bubble might be relatively insignificant. This (widespread adoption) however, will as well have a domino effect on adjacent economies, precipitating new and dynamic clusters of innovative business models/startups (like the non-custodial Changelly), new career paths (like blockchain miners, DLT farmers, crypto analyst, and journalists, etc) in addition to job creation opportunities that transcend the confines of the industries and sectors where it originally developed.

Coupling all these prospects to the innately hardcoded distributed nature of the protocol including both the halvening cycle, its singularity property, and unconfisticatable nature, we can safely conclude and confidently posit that Bitcoin’s future is one that is very much luminous and topographically promising.