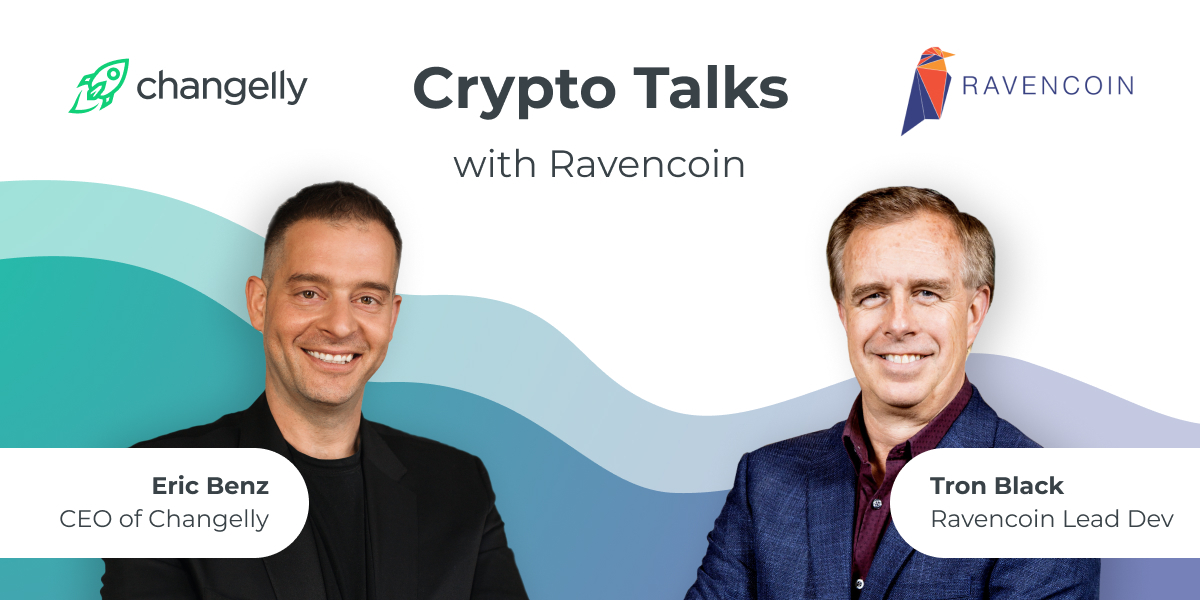 Recently Changelly’s list of instantly exchangeable cryptos was toped up with Ravencoin. To find out more exciting details about this project, read the Ravencoin price prediction article. Changelly’s CEO Eric Benz met Tron Black, Ravencoin Lead Dev and had an inspiring conversation with him regarding the project’s achievements and future plans. Have a read!

Eric:
Where did the Ravencoin name come from? The Ravencoin website draws analogies to the ravens from Game of Thrones. Could you please speculate about its definition and underlying philosophy?

Tron:
The Ravencoin name has been great because it is very meme-able. The name and branding came from Bruce Fenton.

Ravens are very interesting birds and one of the few animals that are tricksters but also remember being tricked.

The underlying philosophy is to be a truly distributed coin in a similar spirit to that of BTC with no pre-mine, no ICO, no dev fund set-aside.  Every RVN was mined into existence with proof-of-work, and that puts RVN, the crypto-currency, in a different category than most ICO coins from 2017.

Eric:
Ravencoin was found as a result of Bitcoin’s fork. Could you list key features that differ Ravencoin from the father of crypto?

Tron:
Ravencoin was a code fork of BTC code, and then modified for RVN.  The block time was sped up by 10x, to 1 minute blocks. The block reward was increased to 5000. These two changes mean that there will be 21 billion RVN (minus the RVN burned for asset issuance).

The halving schedule was adjusted so that the schedule stays similar to Bitcoin at 4 years per halving.

Ravencoin was launched on Bitcoin’s ninth birthday on Jan 3, 2018 with a Genesis block encoding text from the same publication as Bitcoin’s Genesis text – “The Times 03/Jan/2018 Bitcoin is name of the game for new generation of firms”

After launch, the work began on Ravencoin’s true purpose of asset issuance.  Asset issuance launched on Nov 5th 2018 and 20,000+ assets have been issued on the platform since activation.

You can browse the assets here: https://ravencoin.asset-explorer.net

Eric:
Ravencoin blockchain positions itself in the market as solely community-driven and truly open-source. As to you, which idea drives the Ravencoin community the most? And which one was driving you in the very beginning?

Tron:
Both are true and are completely compatible with each other.  Bitcoin is probably the best example of what we are trying to accomplish.

Letting the community run Discord, Telegram, etc. is working very well now, but there were some problems in Ravencoin’s early history where we’ve lost some historic information because of personality clashes and deleted servers.  If weighed in a balance, it has been far more good than bad. Take for example the telegram community. There are now English, Korean, Russian, Chinese, Indonesian, and probably more channels, all with their own community moderators.

Eric: It’s a rare situation today to launch crypto with no ICO, IEO, and the rest. Can you give us a sneak peek of how RVN coin was launched with no pre-mine, and no ICO?

Tron:
Sure.  The credit goes to Bruce Fenton for the core ideas behind Ravencoin, and to Patrick Byrne and Medici Ventures for allowing a subset of the Medici Ventures’ developers work on the project.  I was in the right place at the right time to be a part of this project.

More credit to Bruce Fenton for not raising funds through an ICO or pre-mine which can put a crypto-currency in a riskier category.  By being launched as it was, the Ravencoin project doesn’t have the same regulatory overhang that now plagues some projects. This means it can be added to Binance US, Coinbase, Gemini, etc. because RVN isn’t a security.

Eric:
Can you decrypt the concept of ASIC-resistant cryptocurrency, namely Ravencoin?

An ASIC (Application Specific Integrated Circuit) is just a custom chip.  When these custom chips are used to mine crypto-currencies, there is a tendency towards centralization. This occurs because if the device is very profitable, it will likely be used by the manufacturer and with a potential for 1000x performance over other hardware, this can lead to centralization of mining.

A crypto-currency is safer if the mining is in the hands of the many, instead of a few. This premise drove some of the design of the mining algorithm.  An early thought was to change the algorithm every six months, similar to the way Monero has done. This forces the custom chip designer to start over, while the software miners can adapt more easily.

During some early brainstorming, we realized that the miners would need to know what algo was coming next so that Ravencoin didn’t drop to zero mining when the algo changed. With that idea, we realized that we could change the algorithm based on the blockchain history because everyone would need to know the history, and this quickly led to the realization that we could change the algo every block.  This conversation between myself and Joel Weight led to the creation of X16R, where the order of the algos changes every block based on the last eight bytes of the previous block hash. See the paper at https://ravencoin.org

Eric:
Another distinctive feature of Ravencoin is the ability to issue security tokens on RVN blockchain. So, basically, that allows token issuers to tokenize anything beginning with a company shares or, let’s say, natural resources and ending with in-game artefacts. How to organize a token issue on the Ravencoin blockchain? How does token issuer guarantee the uniqueness (i.e. the limited token supply) and genuineness of the issued assets to their potential holders?

The token issuance was always the plan.  The first phase with just RVN was to provide the platform on which to build the asset layer.

There have been two phases of the assets. The first phase which activated on Nov 5th, 2018 was normal assets. These assets are similar to ERC-20 tokens, but with some improved features like having a guaranteed unique name, immutably meta-data about the asset, and user-friendliness by not needing to know a programming language to issue tokens.

All token issuances on Ravencoin allow you to include meta-data (what the token is about) in IPFS and you can attach that to the token. This permanently and immutably connects the token with its purpose.

The second phase which is on testnet now and will be allowed to activate starting in Jan 2019, is Restricted Assets and Tags which bring new features and tools better suited to security tokens.

Because in some jurisdictions… Oh, who am I kidding.  In the U.S. there are some very odd rules about who can buy securities. We’ve built some tools into the Ravencoin asset platform that help issuers comply with these regulations. Restricted Assets, which always start with $, will restrict themselves while on-chain to addresses with specific tags.  Those tags can be given when KYC (Know Your Customer), or Accreditation (Are You Rich?) checks are performed by third-parties.

Then the token can be given simple rules to allow or prevent transfer to those that have or don’t have the right tags.

Eric:
What is sub-asset? How can it be issued?

Tron:
Every asset needs to have a unique name.  If you’ve issued a root token with a unique name, then you can create a sub-asset with any name below that.

The sub-assets work EXACTLY like root assets, but they need to use the full name with the slash.  And the only one that can issue them is the holder of the admin token for the root asset.

You can make sub-assets of sub-assets (up to 30 characters). They all have the same full root level capabilities and rights, but can only be created by the keyholder of the parent asset.

An example use case of sub-assets is the tokenization of supply chains. Vinsent.wine, for example, uses Ravencoin to transparently track wine futures by tokenizing these using sub-assets under their VINSENT_WINE root asset. 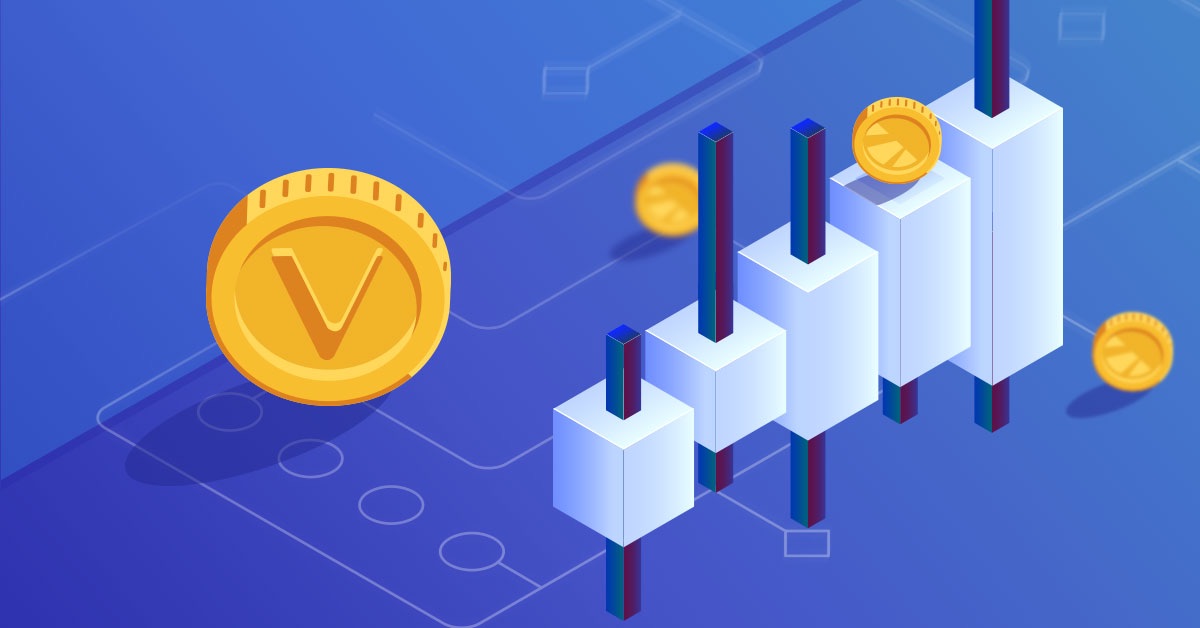 Eric:
Could you provide a couple of examples of tokens issue that could clearly illustrate a wide scope of the Ravencoin blockchain application? 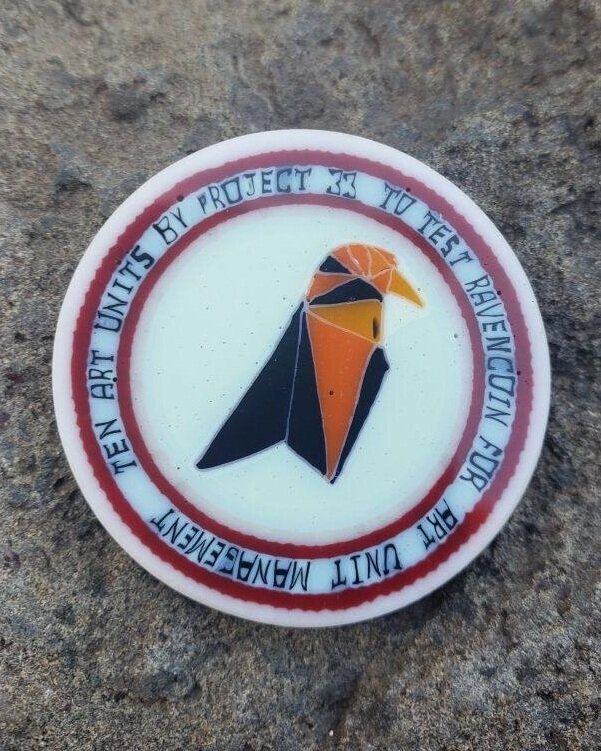 This is just a sampling of different token types because we’re just beginning to scratch the surface of tokenization.

You can find these tokens on: https://ravencoin.asset-explorer.com/ and a collection of use cases at https://raven.wiki/wiki/Ravencoin_Wiki

Eric:
Now that we’ve discussed enough of the current situation let’s jump ahead a bit. Can you please unveil the Ravencoin’s immediate plans?

Tron:
Ravencoin isn’t a company, or a foundation, but rather an idea, expressed in code, and available to anyone in the world that wants to run it or build on it.  You can get the code here: https://github.com/RavenProject/Ravencoin

I cannot overemphasize how important this is. The technology belongs to everyone, and everyone involved in the project welcomes new contributors to the code, community, ecosystem, APIs, issuing, trading, mining, and even singing.

There are some amazing developers here working on the code, deploying binaries, and keeping the repo safe from malicious code.  If you want to see what they’re up to, check out the public repo.

Next up is for the testnet features to be activated on mainnet by nodes and miners choosing to run the new code. These features include the Restricted assets mentioned above, messaging, and dividends.

Eric:
What will be the BTC price in a year’s time?

Disclaimer: This price speculation does NOT come with any promises to eat my own body parts if I’m wrong.

Tron:
We have the halvening coming up.  That is going to decrease the supply, and there’s no reason to believe the demand will go down.

I’m interested in whether the “Stock-to-Flow” model holds up after the next halvening. If it does, then my estimate will be low.

Eric:
If you once met Satoshi what you would ask him about?

I love following the Satoshi story. Not knowing, for sure, who conceived it, makes Bitcoin so much more interesting.

I spent six hours in Australia chatting with the author of this narrative. So I literally have pages of notes on what I would ask him about.

I’d ask “Why is the prevBlockHash stored in reverse order in the block header?”

Eric:
Thanks a lot for this inspiring crypto conversation and have a nice swap!